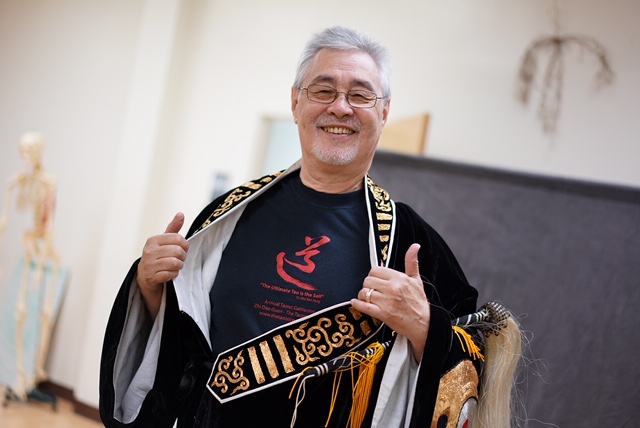 Dr. Feng was named as one of the top ten practitioners of Traditional Chinese Medicine in the San Francisco CA Bay Area. He combined his passion for Traditional Chinese Medicine, martial arts, and Taoism by creating Zhi Dao Guan, the Taoist Center, one of the first Centers for the study of Taoism in the Bay area in 2002. An ordained Taoist priest, he is the lineage holder of Zhi Daoism and has been a leading force in bringing Taoism to the West.  In collaboration with Dr. Amy Matecki, Dr. Feng has developed integrative medicine programs for Alta Bates Comprehensive Cancer Center and for Highland Hospital, Alameda Health System. He is the founder of I Am A Seaweed Qi Gong – a method for teaching healing qi gong to practitioners and to patients. Dr. Feng has lectured nationally and internationally on Traditional Chinese Medicine, Qi Gong and Taiji.  He has been inducted into the Martial Arts Hall of Fame and has produced numerous state and national champions in the external and internal styles of martial arts. He has served as a preceptor and mentor to many students of Chinese Medicine, Taoism, and Martial Arts.