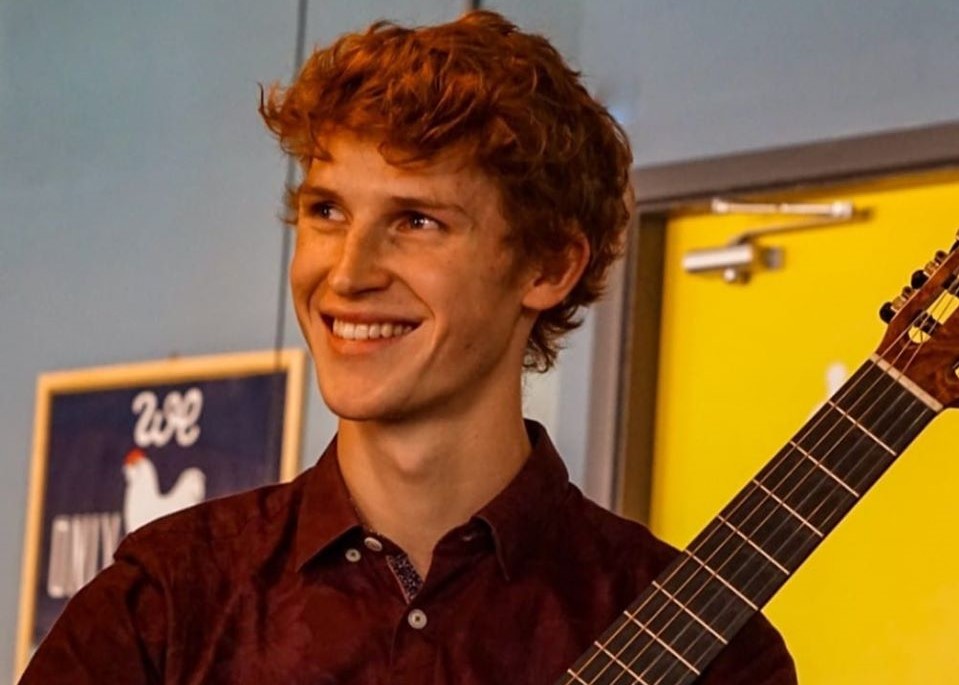 Will Crawford is a Classical Guitarist and Practitioner based in Birmingham. Will studied at the Royal Birmingham Conservatoire under Mark Ashford and Mark Eden, he graduated with a first class honours degree in 2021. Will’s career has involved him playing first guitar in a Gypsy Swing band, performing in a singer songwriter duo, and establishing a Classical Guitar and Harp Duo – The Cherry Stone Duo. He gained his ATCL Diploma in 2017 and in 2018 won first place in the Leicester Classical Guitar competition. In 2020 Will was awarded first place in the Royal Birmingham Conservatoire Guitar Competition adjudicated by Vincent Lynsey Clark. Will feels strongly about positive environmental action, in 2019 he co-ran a concert series called Music For the Trees, raising money for WWF’s Amazonia appeal. Will is the Creative Director of the business quietnote. Through music, quietnote helps people gain a deeper understanding of meditation and mindfulness.