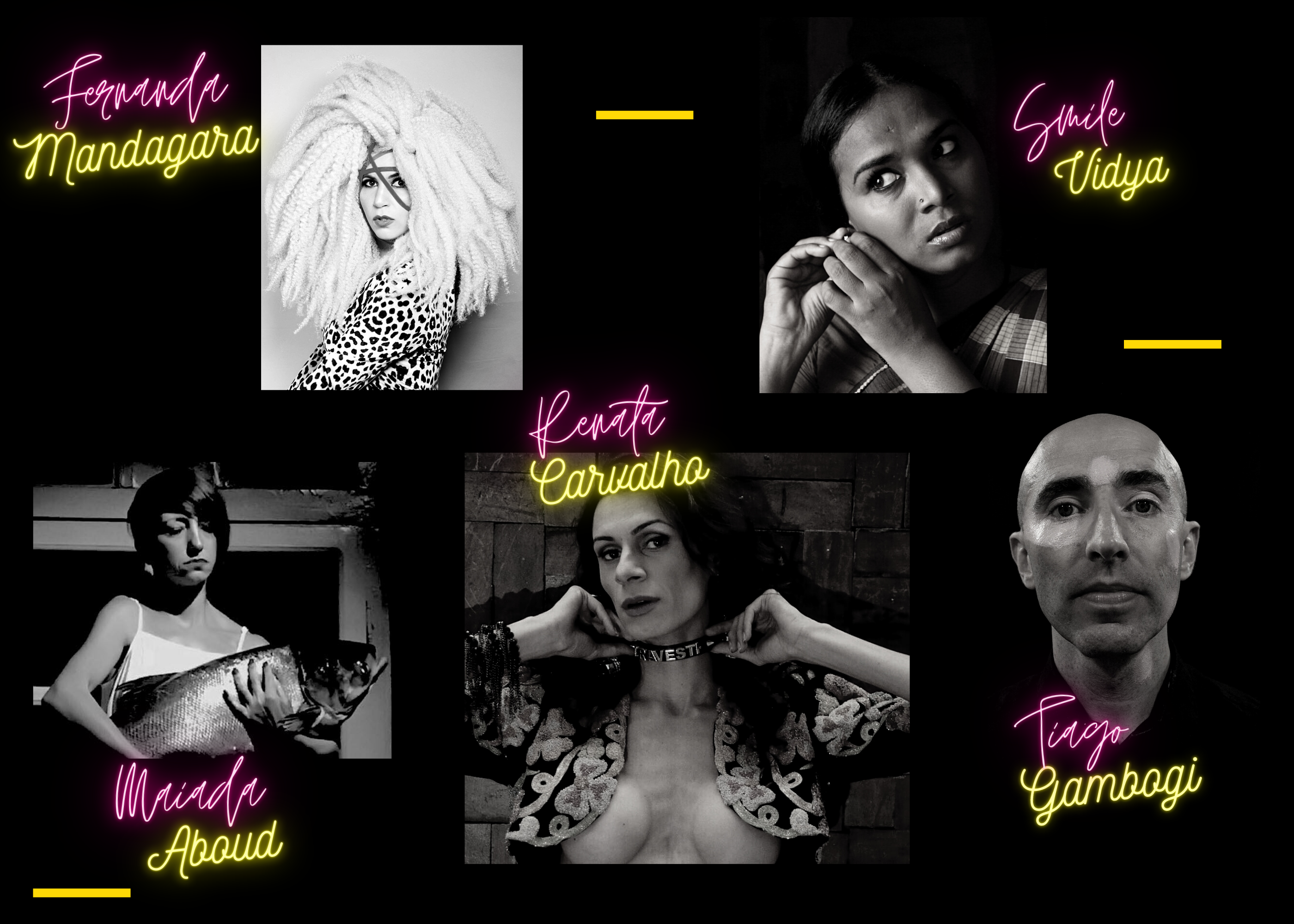 Renata Carvalho is an Actress, Director, Dramaturg and Transpologist. Renata is one of the most important voices in Brazil on the discussions of trans gender identity. Her performances "The Gospel According to Jesus Queen of Heaven” and "Manifest Transpofágico" are powerful reflections on sexual identity and social acceptance. Renata was awarded the 2020 AFIELD Fellowship for MONART - National Movement of Trans Artists, which questions the absence, exclusion, misrepresentation and misunderstanding of travesti / trans bodies in the arts and professional society across Brazil.
‍

Living Smile Vidya, or Smiley, is a Indian trans-woman, actress, clown, essay writer, poet, sketch artiste and recipient of British Council Charles Wallace Award in 2013. Her work includes Documentaries and Short films. Her autobiography “I am Vidya” translated in Kannada, received a Sakithya Academy Award for translation. The movie based on her book also won many National and State awards.  Smiley has been described as the first full-time trans theater actress in India, participating in over twenty performances with at least nine directors. According to Orinam, Smiley known for her acting if Srijith Sundaram's Kattiyakkaari production Molagapodi.

Tiago Gambogi is an award winning Brasilian Extraordinaire performer and environmental artivist who has presented work across the globe on stages, streets and unusual sites. Daring, charismatic and eccentric, Tiago puts himself on the front line and inspires us to take action. www.transamazonia.wordpress.com ; @tiagogambogi.
‍


Fernanda Mandagará, also Lola Del Fuego, is a fierce and versatile Latin American cabaret artist and theatre-maker with a career of more than 15 years. Trained at East15 and The Art of Drag School, in London, her credits as actor and performer include: Invisible Museum, Tropicalia Island and Lola Del Fuego gigs, among many others.
‍


Dr Maiada Aboud has a PhD in performance art and gender studies. Her area of research is related to gender issues in the Middle East (objectivity vs. subjectivity), de-colonizing the body, pain and endurance art, exile and hybridity. She is a Palestinian artist (Born Christian Arab Israeli), and a British citizen based in London for the last 16 years. Her work involves live acts on stage and collaborative projects in theatre across England, Europe and the Middle East. 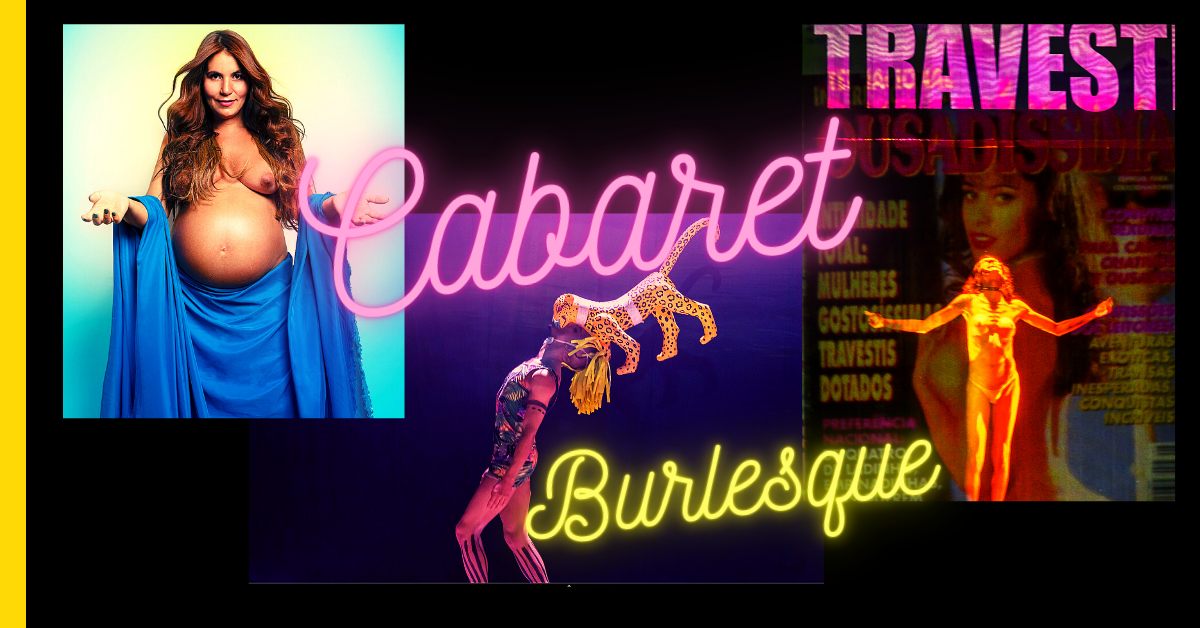